The rugged lands of Wales, Ireland and Scotland were not touched by the Romans, and Celtic culture thrived.

These Celts kept their traditions alive through the present day.  One of these traditions is Samhain (pronounced ‘sow-in’).  Samhain is Celtic New Year.  Their calendar consisted of many celebrations throughout the year to honor the Earth and the changing seasons.

The Celts had a lunar calendar like many older cultures.  Thus, the day actually began with the sun set.  Samhain was originally celebrated the evening prior to November 1, which became known as All Saint’s Day in the Catholic Church, or All Hallow’s Day, making October 31 All Hallow’s Eve or Halloween.

On Celtic New Year, it was believed that the “window” from the supernatural world to the living world was open, and beings on both sides could roam free.  Lanterns and food were placed outside homes to appease the spirits who wished to enter a household.  Celtic knotwork was carved above doorways.  Before a spirit could enter the house, it first had to enter the knot-work and travel through its maze, but Celtic knot-work has no end so the spirits would be lost in its design.

In the earlier days of Halloween, children did not wear complicated costumes, or dress up as super heroes.  They blacken their faces with soot and were called “guisers” (from the French “deguiser” to disguise), and went knocking on doors. Many also dressed up like their ancestors to honor them.  If the house-holder opened the door, the guisers were to earn their treat of candy, apples or coins by singing a song, doing a dance or giving a recitation.  The original “guisers” of the Middle Ages used to perform mystery plays as they strolled from house to house.   The tradition of passing out candy to Trick-or Treaters may have come from the giving of soul cakes to the poor on All Souls Day, (November 2).

The history of the Jack O'Lantern from the History Channel

The Legend of "Stingy Jack"
People have been making jack-o'-lanterns at Halloween for centuries. The practice originated from an Irish myth about a man nicknamed "Stingy Jack." According to the story, Stingy Jack invited the Devil to have a drink with him. True to his name, Stingy Jack didn't want to pay for his drink, so he convinced the Devil to turn himself into a coin that Jack could use to buy their drinks. Once the Devil did so, Jack decided to keep the money and put it into his pocket next to a silver cross, which prevented the Devil from changing back into his original form. Jack eventually freed the Devil, under the condition that he would not bother Jack for one year and that, should Jack die, he would not claim his soul. The next year, Jack again tricked the Devil into climbing into a tree to pick a piece of fruit. While he was up in the tree, Jack carved a sign of the cross into the tree's bark so that the Devil could not come down until the Devil promised Jack not to bother him for ten more years.
Soon after, Jack died. As the legend goes, God would not allow such an unsavory figure into heaven. The Devil, upset by the trick Jack had played on him and keeping his word not to claim his soul, would not allow Jack into hell. He sent Jack off into the dark night with only a burning coal to light his way. Jack put the coal into a carved-out turnip and has been roaming the Earth with ever since. The Irish began to refer to this ghostly figure as "Jack of the Lantern," and then, simply "Jack O'Lantern."

In Ireland and Scotland, people began to make their own versions of Jack's lanterns by carving scary faces into turnips or potatoes and placing them into windows or near doors to frighten away Stingy Jack and other wandering evil spirits. In England, large beets are used. Immigrants from these countries brought the jack o'lantern tradition with them when they came to the United States. They soon found that pumpkins, a fruit native to America, make perfect jack-o'-lanterns.His
http://www.history.com/topics/halloween/jack-olantern-history

We shift our lives in so many ways, and sometimes we need a little bit of funny to break up the monotony of the “stuff” that makes up our days.  I love National Geographic Kids magazine, and the recent “Funny Fill-In” with an autumn day theme my kiddo did the other day, made me want to share it.  Enjoy!

Kevin and I were raking lunchboxes on a scared fall day.  As I reached down to scoop up a pile, I saw a shiny umpire ring on the ground.  “Yikes!” I shouted.  “We could be rich like Benedict Cumberbatch!”  But then a happy platypus with a mouthful of rutabagas farted on the ring with its head.  We started to swing the animal through the piles, scattering hotels everywhere.  But it ran up a dirty lamp.  Nowing the critter would drop the ring, we shook the brand’s, but instead poop fell on our heads and ran us up to our butt cheeks.  Then the animal jumped onto the basement, where it seems to swim at us.  Maybe that ring will buy the platypus a hibernation vacation in Tahiti. 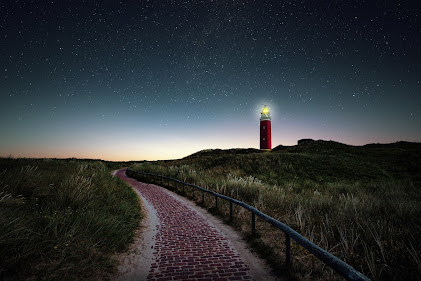